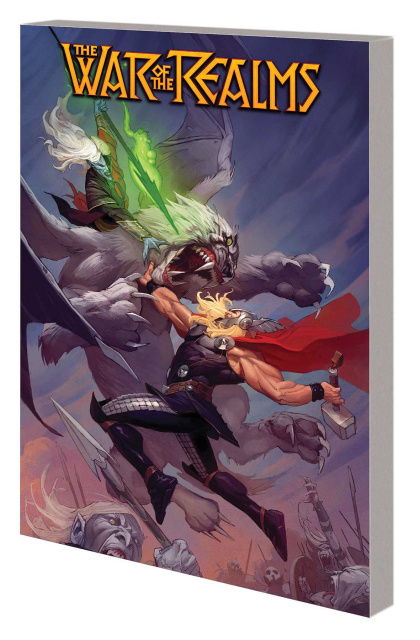 The War of the Realms: Prelude

Jason Aaron's epic THOR run is about to shake reality to its foundations! The War of the Realms looms - but how did it begin? Watch the Dark Elf Malekith's plot unfold across these key chapters - beginning with his first appearance, his untold origin and his return to plague not one Mighty Thor, but two! When the Odinson is rendered unworthy, Jane Foster wields Mjolnir to fight the chaos spread by Malekith and his dark allies. A new League of Realms, the Norns and the Queen of Cinders all feature as Malekith's power grows - and the stage is set for war!