The Voices of a Distant Star

Award-winning director and author Makoto Shinkai offers a romantic sci-fi tale about young love and space adventure, based on his 2003 animated film. Sixteen-year-old Mikako Nagamine enlists as a pilot to fight in the interstellar war against a force of alien invaders, leaving behind her one true love. Mikako's only connection to Noboru Terao, who's living the life of an ordinary high school student, is through cell-phone text messages. As Mikoko travels farther away, it starts to take longer and longer for Noboru to receive her messages, until finally one arrives eight years and seven months after she sent it. When at last the fighting ends, she is left stranded on the spacecraft carrier. A rescue mission is launched to help - including Noboru, who's now a lot older. When they meet again, they'll discover whether their young love survived all the time and distance apart. 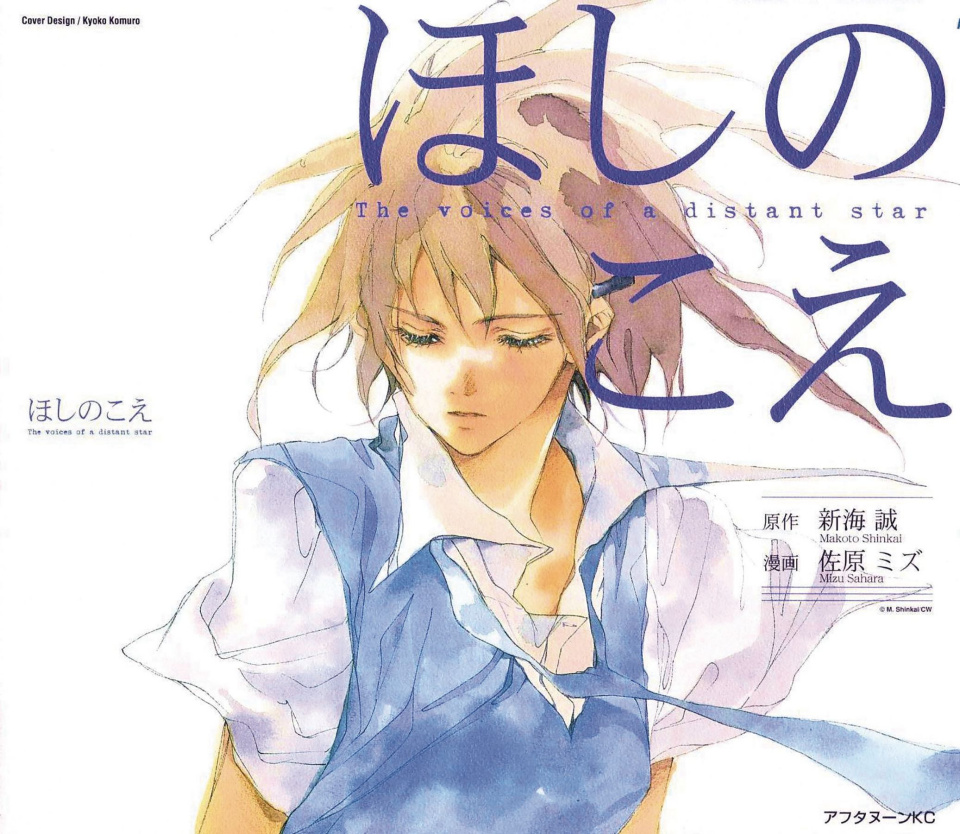