In 1984, Peter Case was on his way to being crowned champion of SwordQuest, set to win the last of four contests and lay claim to a golden sword worth over $50,000! But when the game was discontinued, Peter found himself without a game to finish. Now, over thirty years later, Peter's stuck in a different kind of game entirely - the game of life, and he's losing fast. But when he learns that all the prizes meant for the SwordQuest contest of his youth are on display in the World Arcade Museum, he finds an unknown determination that sees him put together a team of like-minded losers for the ultimate heist job - a real-life sword quest! The red-hot team of Chris Sims, Chad Bowers, and Ghostwriter X (Down Set Fight) have a new game - and the stakes have never been higher! 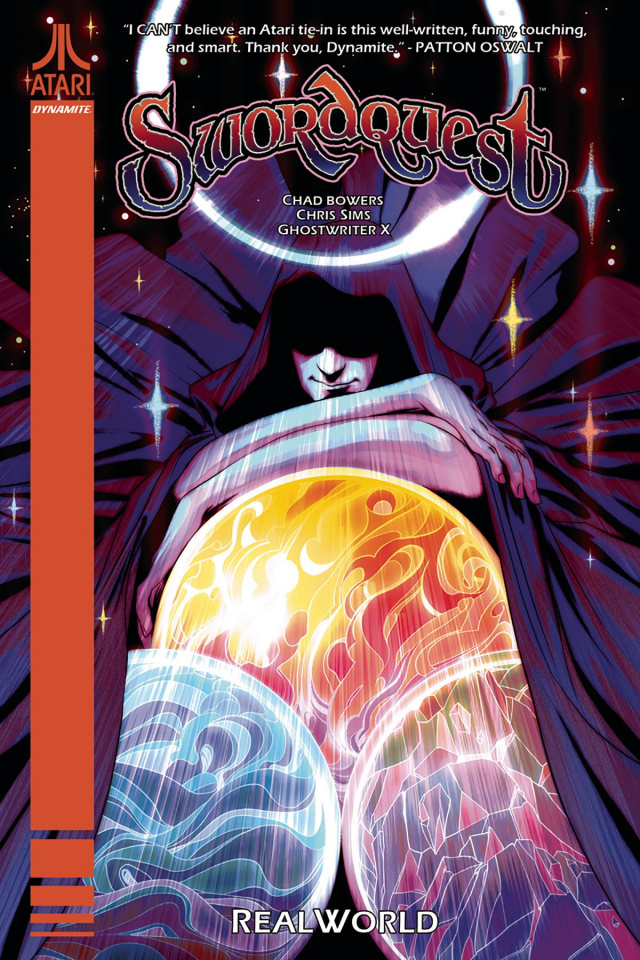