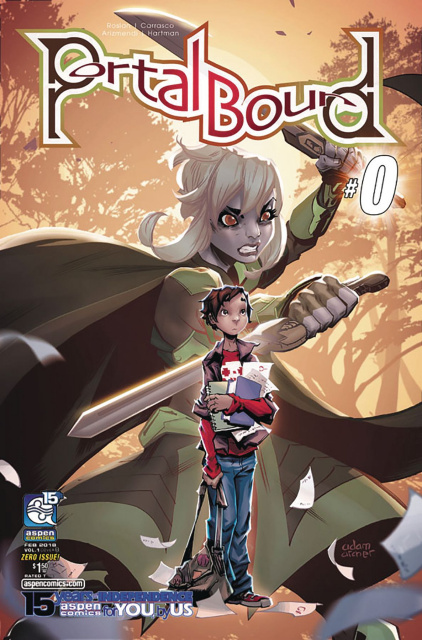 Aspen's 15-Year Anniversary kicks off with the debut of their newest series! Their Future Depends on Each Other. A parallel otherworld exists as a mirror to our own, where science is melded with nature and a warrior spirit defines their true value. A teenage soldier princess, Sybil, is sent off with her Uncle Horuk in an effort to stop her megalomaniac father, Emperor Atilus from destroying two Earths. With a deadly array of monstrous creatures in hot pursuit, Sybil and her uncle race to activate a portal to Earth to find a savior who is also figuring out how to survive... being a teenager! Don't miss the opening chapter to Aspen's brand new action-adventure saga from writers Mark Roslan (BubbleGun, Broken Pieces) and newcomer Gabe Carrasco, with artist Alex Arizmendi (Edge of Venomverse: War Stories, Secret Empire: Brave New World) as they bring us a tale of two earths in need of two heroes!