In the dead of night, in a steaming, tropical jungle, Van Hauser is about to confront his destiny, and witness,firsthand, the eternal thirst of Dracula! After traveling to a remote, Philippine island, the "B" horror movie actor finds only a decaying mansion filled with bloodthirsty vampires led by their king, the legendary Count Dracula. To his dismay and disbelief, Hauser has been lured to the island not for his blood, but for his lineage, and Dracula's true gambit is about to be revealed, one that could either save mankind, or spell its doom. It's Dracula as you've never seen him before, more blood-thirsty and calculating than any movie incarnation, in this incredible story filled with blood, violence, and nudity, for mature readers only. Eternal Thirst of Dracula comes with two covers - Main and Nude by Roy Allan Martinez. 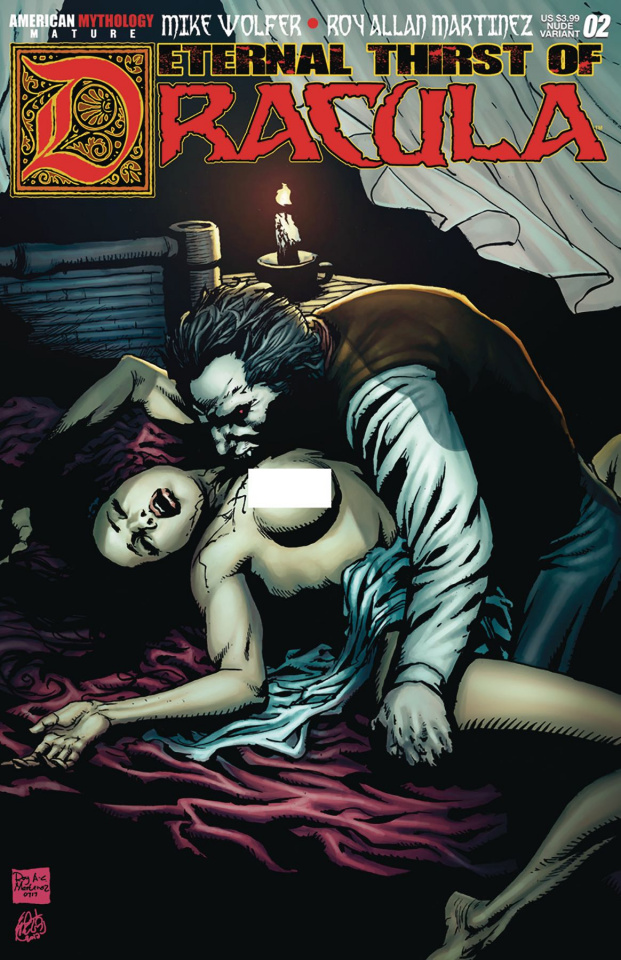