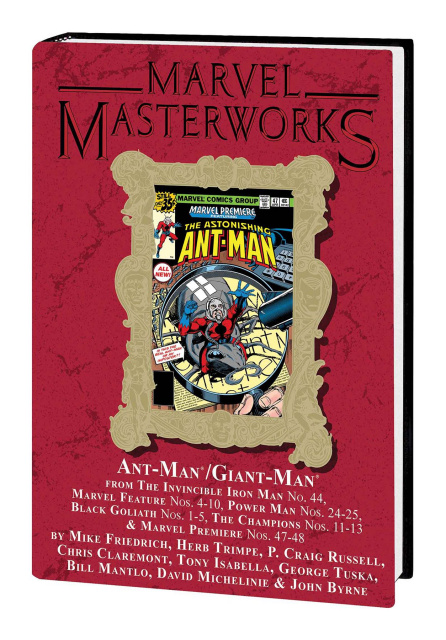 Because you demanded it! Marvel Masterworks is proud to bring you the continuing adventures of Ant-Man - and not just one Ant-Man, either! Hank Pym's never-before-reprinted MARVEL FEATURE series with the Wasp leads the way. Then comes Pym's former assistant, Bill Foster, who becomes an all-new Giant-Man under the codename Black Goliath! Bill's adventures continue into CHAMPIONS, in a story featuring the power of the Infinity Gems. Next comes the debut of Scott Lang, the man who stole the mantle of Ant-Man - literally! With work by Marvel icons including John Byrne, P. Craig Russell, Roy Thomas, Ross Andru, Herb Trimpe and more, this Masterworks is as big on talent as it is on adventure!