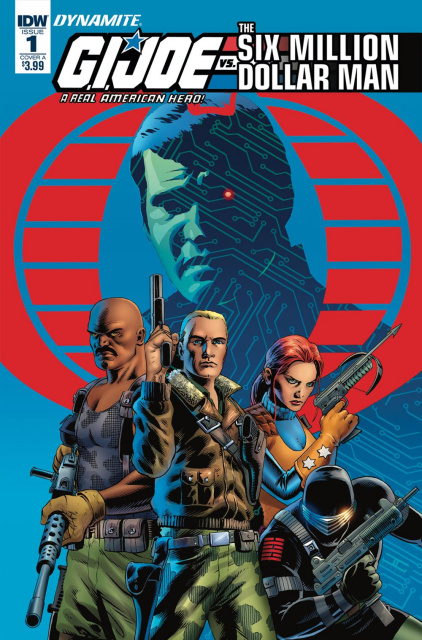 The greatest American heroes go face-to-face with the most dangerous living weapon... Steve Austin! Hacked by COBRA, the Six Million Dollar Man has the G.I. JOEs in his bionic targets as the fate of world peace hangs by a thread and Cobra Commander holds the world's infrastructure in his venomous clutches!

A cross-company crossover like no other, where 80's nostalgia meets modern-day mayhem!

Kung Fu Grip or a Bionic Eye?! Now you can have both!