As if being an awkward, bullied 15-year-old isn't bad enough, "Fergie" Ferguson suddenly discovers he can see dead people. Well, one dead person specifically-the ghost of a certain punk rocker named Sid. Sid's spirit was trapped in London's Heathrow Airport for 40 years until the day he met Fergie. Sid's ghost is now stuck to Fergie-as if Fergie doesn't have enough on his plate, being raised by a single mum whose idea of parenting is strictly fly-by-the-seat-of-your-pants. Now Fergie has to contend with an unruly ghost sidekick and some weird, uncontrollable new "abilities." How does the father Fergie never knew fit into this mayhem? And why is the Department for Extra-Usual Affairs showing an interest? Never Mind the Bollocks-all of this plus fish fingers, chunky chips, and endless pints of anarchy in the new monthly series PUNKS NOT DEAD!

What if a ghost named Sid was your father figure? 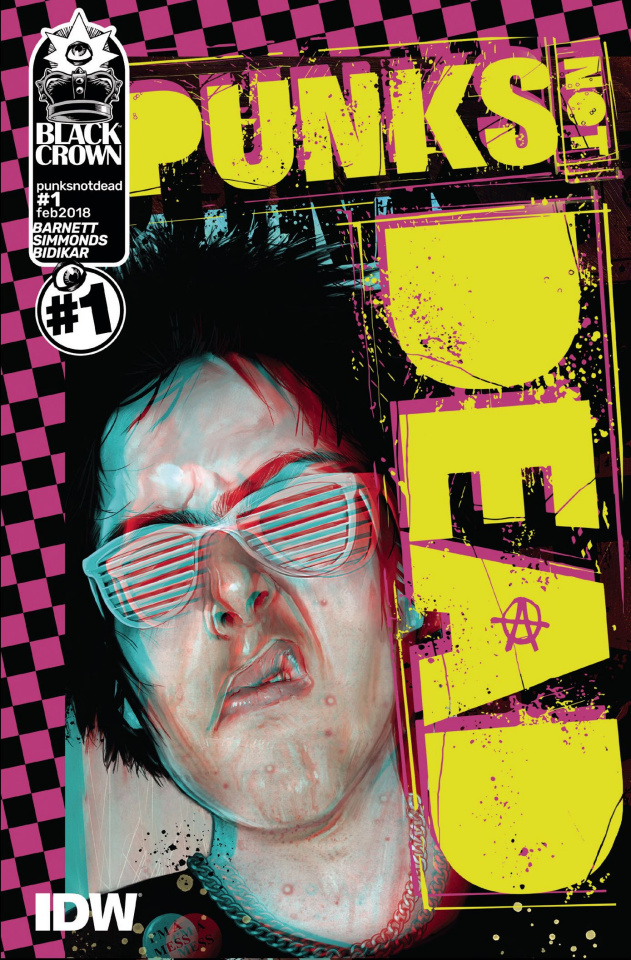