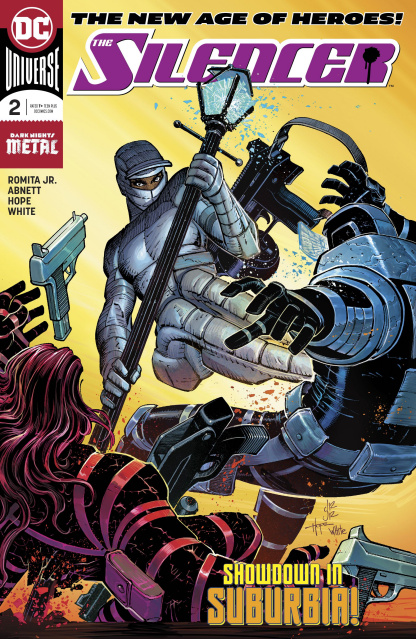 The world's deadliest assassin thought she was out...but the past won't let her leave! Talia al Ghul's violent disappearance has led to a mystery that could cost Honor Guest the lives of her family, and to defend those she loves, Honor must once again don the mantle of the Silencer! Seeking information from the neutral ground of the assassin's armory, Silencer gets more than she bargained for as the most monstrous forces of the underworld descend for the kill!