Dancer. Courtesan. Spy. Executed by a French firing squad in 1917. 100 years on from her death, questions are still raised about her conviction. Now, the lesser-known, often tragic story of the woman who claimed she was born a princess, and died a figure of public hatred with no one to claim her body, is told by breakout talent writer Emma Beeby (Judge Dredd), artist Ariela Kristantina (Insexts), and colorist Pat Masioni drawing on biographies and released MI5 files. In this first part of a five-issue miniseries, we meet Mata Hari in prison at the end of her life as she writes her memoir-part romantic tale of a Javanese princess who performed "sacred" nude dances for Europe's elite, and part real-life saga of a disgraced wife and mother, who had everything she loved taken from her. But, as she sits trial for treason and espionage, we hear another tale: one of a flamboyant Dutch woman who became "the most dangerous spy France has ever captured"-a double agent who whored herself for secrets, lived a life of scandal, and loved only money. Leading us to ask... who was the real Mata Hari? 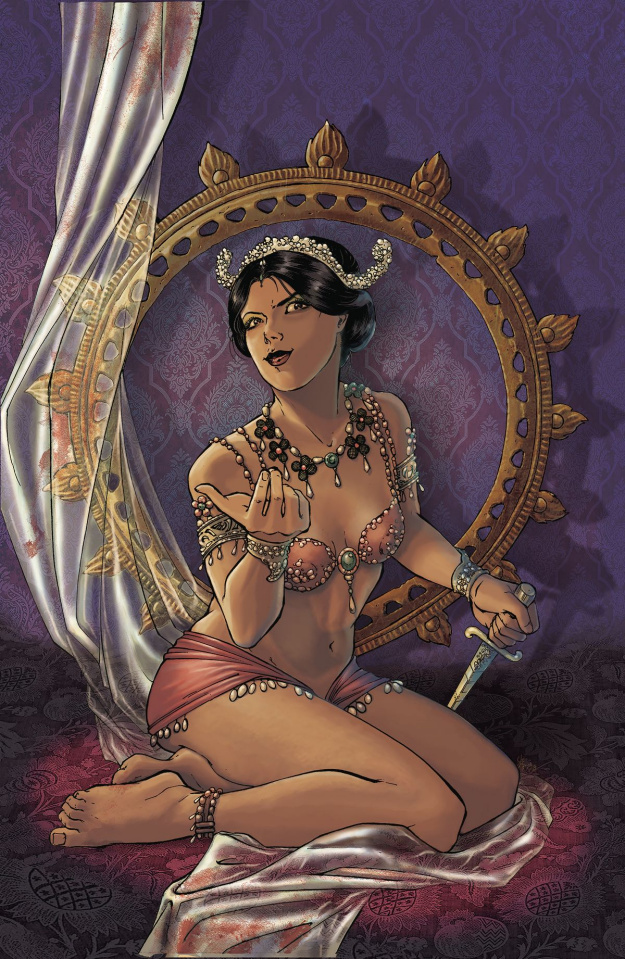