Species Domain is an all-new series for fans of supernatural comedic hijinks in the monster girl genre. Offering a fresh twist on monster girls, Species Domain is chock-full of elves, dwarves, demons, and more. It's a hilarious tale of beings born into the modern world with familiar mythological features, but without any of the magical quirks and powers that come with it. Born with the appearance of an elf, everyone expects Kazamori to wield magic, but she just can't do it! Kazamori has managed to hide this fact until now, but when an ordinary human who can use his own science-based version of magic learns the truth about her, what's a young elf girl in high school to do? 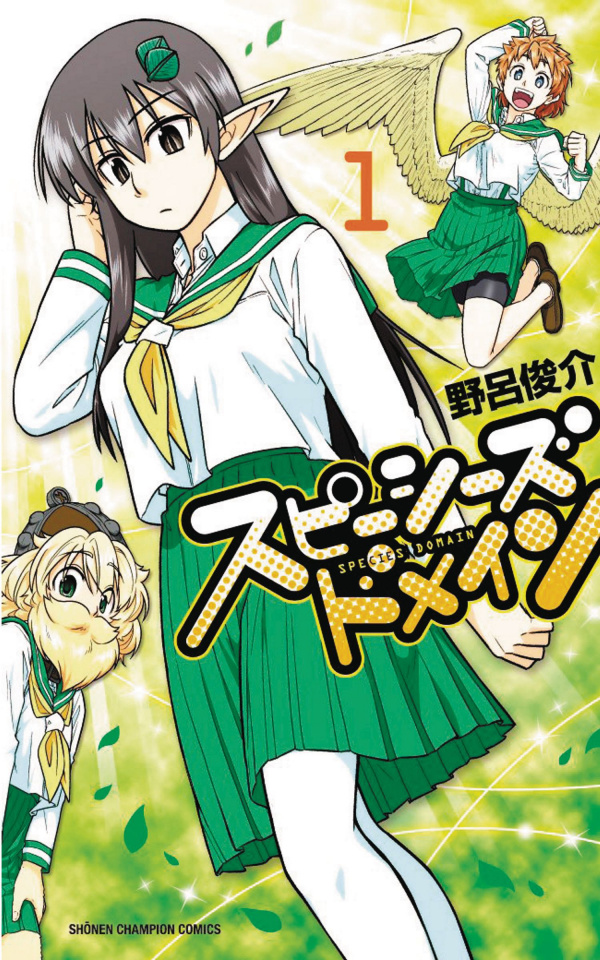