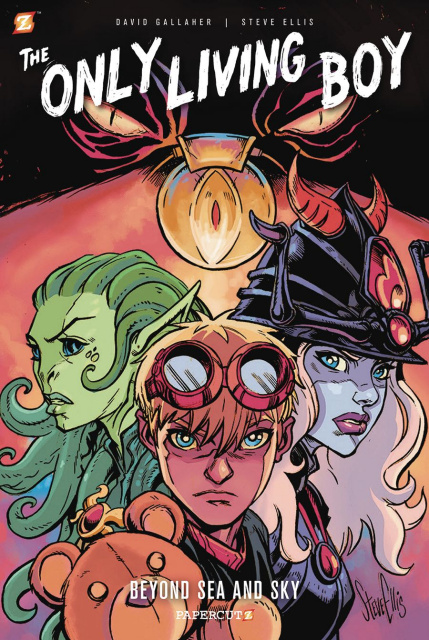 The Only Living Boy Vol. 2: Beyond Sea and Sky

The mysteries deepen as Erik learns more about the strange world he now calls home. When Erik Farrell ran away from home, he had no idea what he was getting himself into! Imprisoned by the Groundlings, he makes a harrowing escape with the aid of an unlikely ally. But, will Erik's new found freedom come with a price? Nominated for a Harvey Award as one of the year's best books for younger readers, David Gallaher and Steve Ellis re-unite with a new action-packed volume of The Only Living Boy that will thrill both the young and the young at heart! Available in Softcover and Hardcover editions.