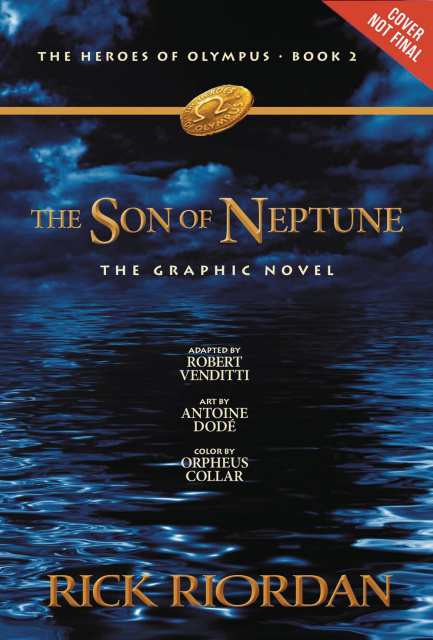 The Heroes of Olympus Vol. 2: The Son of Neptune

Percy is confused. When he awoke after his long sleep, he didn't know much more than his name. His brain-fuzz is lingering, even after the wolf Lupa told him he is a demigod and trained him to fight. Hazel is supposed to be dead. When she lived before, she didn't do a very good job of it. Frank is a klutz. His grandmother claims he is descended from ancient heroes and can be anything he wants to be, but he doesn't see it. He doesn't even know who his father is. Featuring a faithful adaptation by Robert Venditti, and incredible artwork by Antoine Dodé and Orpheus Collar, Rick Riordan's blockbuster book comes to life in The Son of Neptune, The Graphic Novel. Available in Softcover and Hardcover editions.