Enter the Thunderbolts - justice, like lightning! But before Hawkeye can meet this new squad of heroes, he must fend off an army of villains! Can the awesome archer defend Avengers Tower from a siege by Baron Zemo and the Masters of Evil? Then, when Justin Hammer's weapons factories threaten civilian lives, the Avengers are ready to take him down. But our heroes weren't expecting to meet a second team of mighty champions! Who are these mysterious Thunderbolts, and are they truly as good as they claim? The answers will shock you...and the Avengers! Collecting MARVEL UNIVERSE AVENGERS: ULTRON REVOLUTION #5-8. 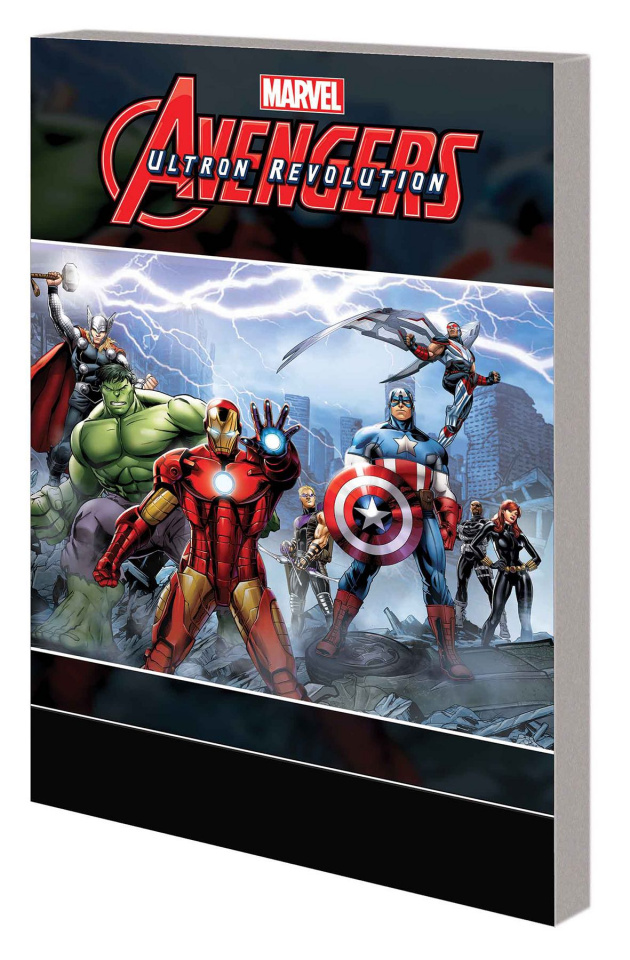