NAMELESS tells the story of a down-at-heel occult hustler known only as "Nameless" who is recruited by a consortium of billionaire futurists as part of a desperate mission to save the world. When Nameless and his teammates inadvertently unleash a malignant soul-destroying intelligence, the stage is set for a nightmarish, nihilistic journey to the outer reaches of human terror. Collects NAMELESS #1-6. 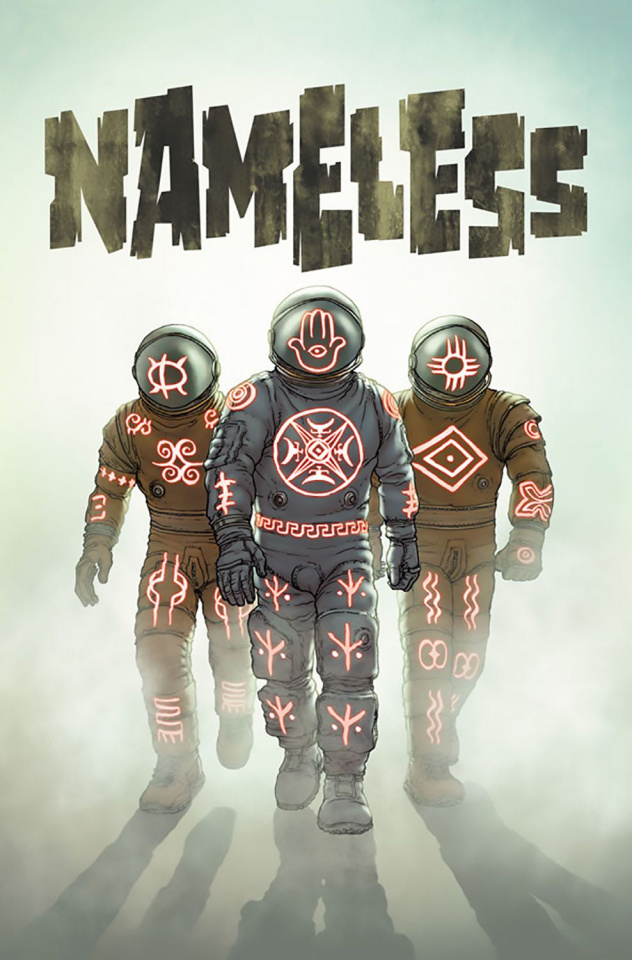