The Adventures of Dieter Lumpen

The first English translation of the entire Adventures of Dieter Lumpen series, the most famous work of the Angoulême award-winning team of Jorge Zentner and Rubén Pellejero!

Dieter Lumpen is a man of the world, an adventurer who wants no part of adventure. Nonetheless, he is swept along to exotic locations from Turkey to the Caribbean, from China to Venice. He is not quite so hard-boiled as the typical adventure hero. As written by Zentner, Dieter's irony is gentler, more subtle, more reflective, and more tongue-in-cheek than hard or bitter. Pellejero is quite simply one of Europe's top comics artists, who was chosen for the plum job to illustrate the new adventures of Hugo Pratt's Corto Maltese. Dieter Lumpen began in 1981 and continued until 1994.

This definitive omnibus collects all eight short stories and the three graphic novels with a foreword by Tim Sale. 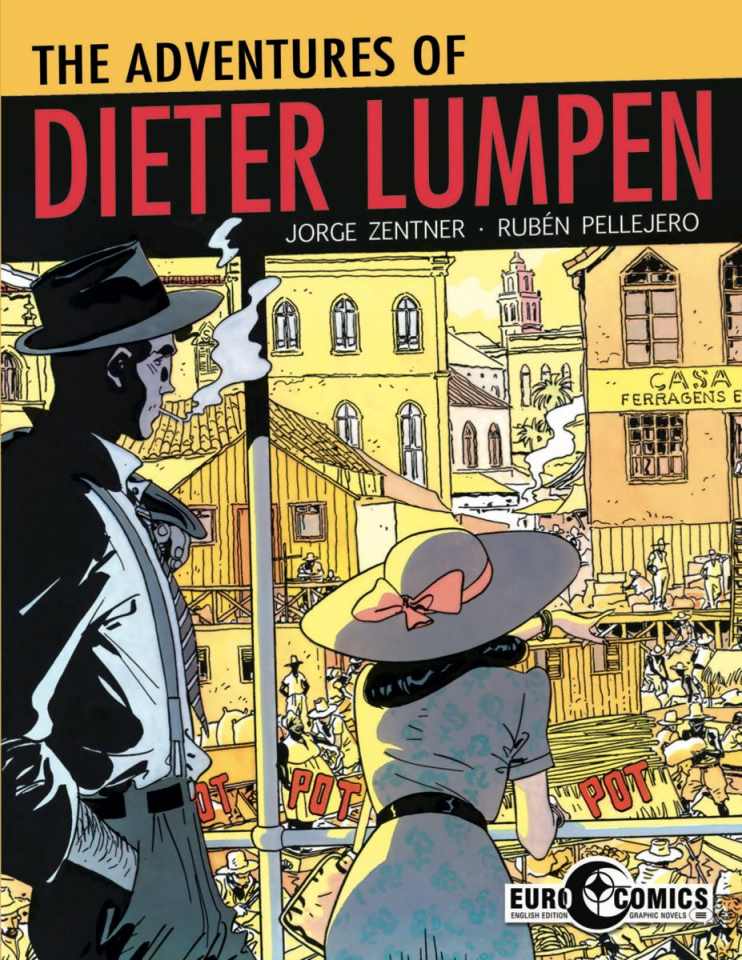