Space-faring bachelor scalawags Love Savage and Roshambo - along with a little mothering from their ship's AI, Mrs. Billingsley - shuttle from job to job and continually find themselves on the wrong side of the law. Despite their best efforts to look out only for themselves, they usually end up involved with alien crooks, shady black market baby schemes, and space sickness-inducing drugs. They're on the loose and on the run - from everyone!

Andy Suriano is an Emmy and Annie Award-winning artist who has worked on such iconic series as Samurai Jack and Star Wars: The Clone Wars!

Matt Chapman is a writer of Disney's Gravity Falls and the co-creator of Disney XD's Two More Eggs and Homestar Runner!

The witty, hysterical, and utterly zany web comic is finally in print!

Our story kicks off with a spectacular space heist by Savage and Roshambo! 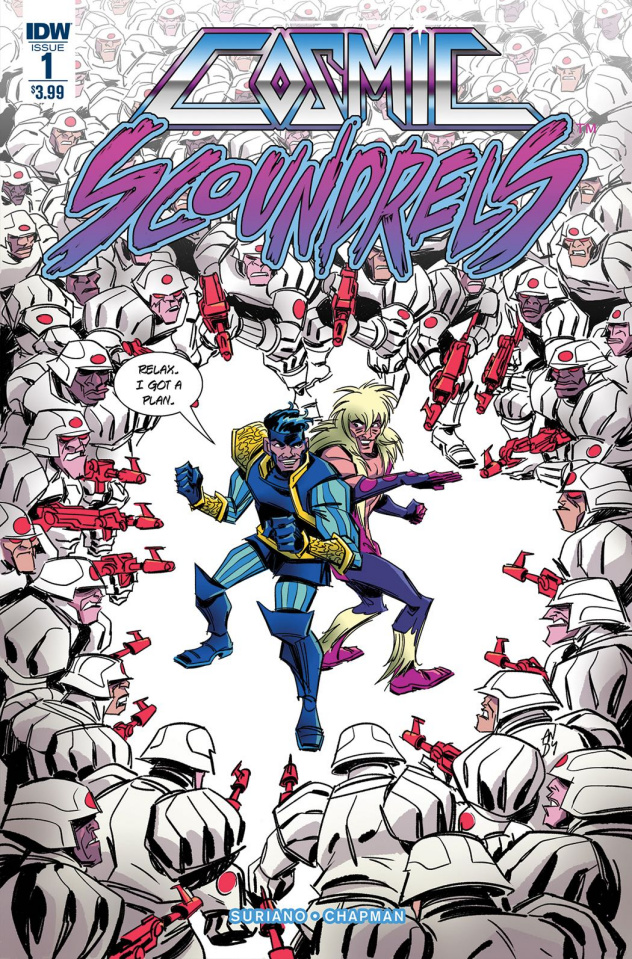