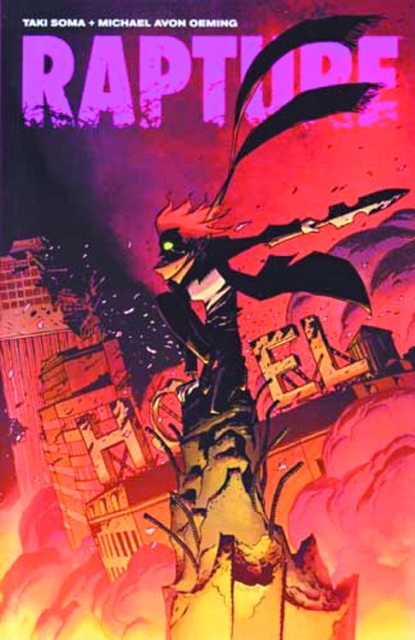 After warring for a century, Earth's greatest champions and villains suddenly disappear, leaving the planet decimated. Like a rapture, the Powers are gone and humanity is left behind to pick up the pieces. Amongst this wreckage, two lovers, Evelyn and Gil, find themselves separated by a continent and will do anything to find each other again. But when a strange being named "the Word" turns Evelyn into a champion with an angelic spear, she finds the force of her love for Gil clashing with her newfound power. Love and destiny collide in what will become the worst breakup ever!