The discovery of who was behind Metatron's mind control and the death of DD Mau has Faustus hitting a breaking point. No longer capable of controlling his anger, he goes after the Advisors and discovers a secret he is not ready for. Will Faustus-and the Victories-be able to save the world... and themselves? Collects The Victories #11-#15.

"Michael Avon Oeming manages to show us what being a true hero is all about. He pulls no punches and offers no apologies for it."-Comic Bastards

"If you like Powers, you'll love The Victories!" -Brian Michael Bendis 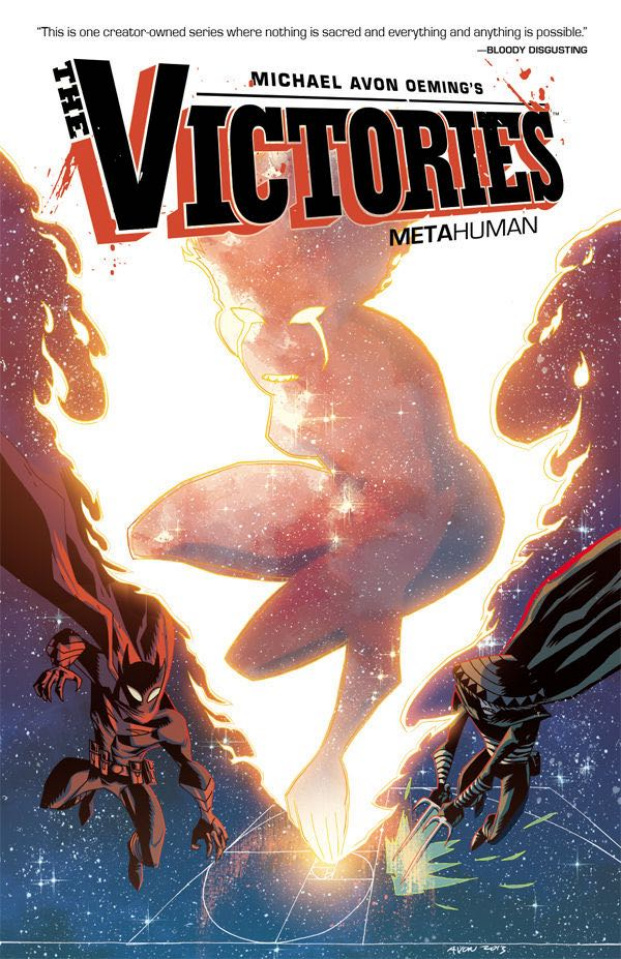