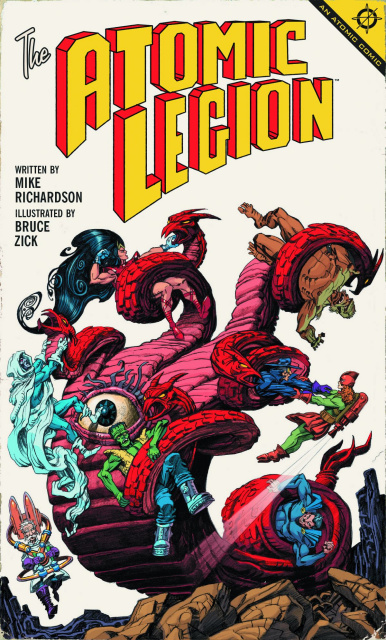 In a hidden fortress near the North Pole, the greatest heroes of a past age live secluded from the world that rejected them. But when their benefactor-a mysterious scientist known only as the Professor-is kidnapped, it's up to a young boy to rally the robots, monsters, and superheroes in the fortress to come to the rescue as the Atomic Legion!

From the writer of the critically-acclaimed 47 Ronin and Crimson Empire.