When a troubled young man with a history of violence and a penchant for blackouts meets an overwhelming source of power with a mystical scythe, the results are doomed to be destructive. A voodoo loa has possessed Jack Boniface - or so he believes. But after Jack awakens in an alleyway covered in blood, he embarks on a journey across lands of shadows and death to discover if he can expel the dark force that's seized control of his life...and which may be responsible for a violent rampage throughout New Orleans.

Featuring an anthology of tales from a roster of all-star creators - including Jim Zub (Skullkickers), Ales Kot (DEAD DROP), Christopher Sebela (Captain Marvel), and Duffy Boudreau (BLOODSHOT AND H.A.R.D. CORPS) - that push the outer bounds of the world of Shadowman further than ever before, this prestige-sized deluxe hardcover also comes jam-packed with 20+ pages of rarely seen bonus materials and special features! 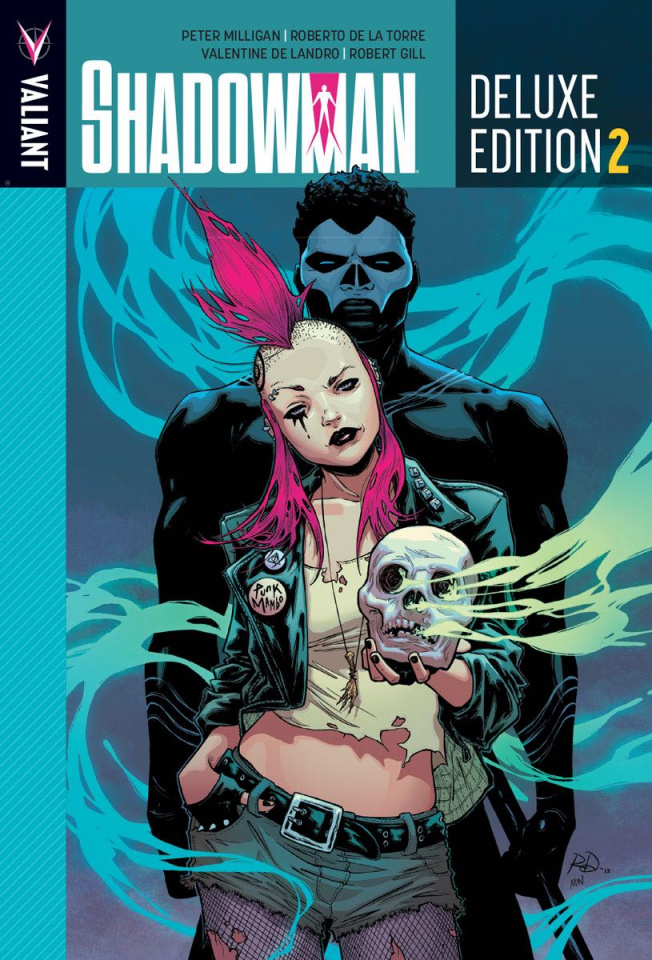