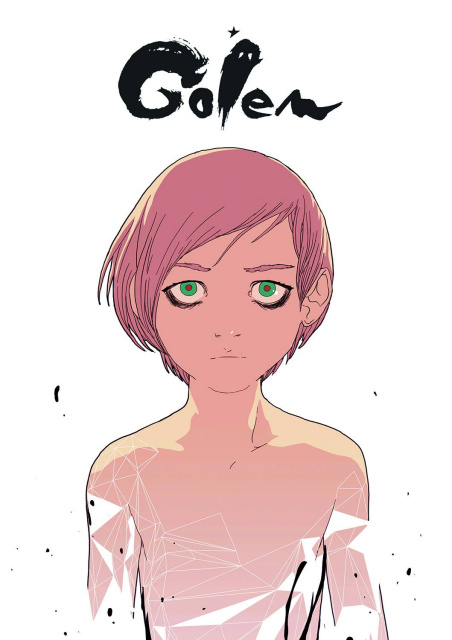 Set in a future, post-Eurozone Italy, entrenched in a bizarre form of hyper-capitalism, Golem follows a young boy kidnapped during a political protest gone sour, who learns that he has the power to not only change the city, but reality itself. This intensely imaginative political-sci-fi graphic novel is a visual tour de force, created by contemporary design icon Lorenzo Ceccotti, better known as "LRNZ," whose design-influenced illustration is a lush, fluid blend of manga masters like Katsuhiro Otomo with western comic icons like Josh Middleton, creating a style that is wholly unique and absolutely breathtaking.