SONIC fights FIRE with FURY in "Wings of Fire" Part Two: When Sonic was infected with the Dark Gaia energy, he nearly all lost control of his mutant Werehog form. So what happens when an ancient and powerful phoenix gets turned to the dark side?!

It's a three-way battle as Sonic and Dulcy's teams battle for their lives against the Dark Gaia Phoenix and Egg Army! Then, in "Shards and Sparks," Knuckles and Mighty reunite to take on Egg Boss Thunderbolt! Featuring cover art by the terrific Tyson Hesse and a spooky "Horror Movie" variant by the mega-talented T. Rex! 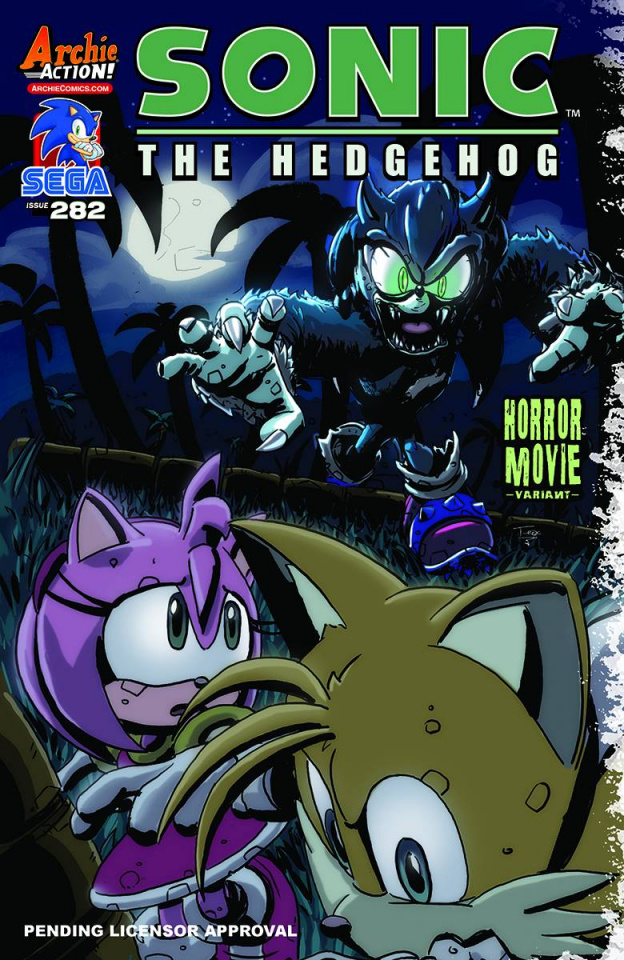