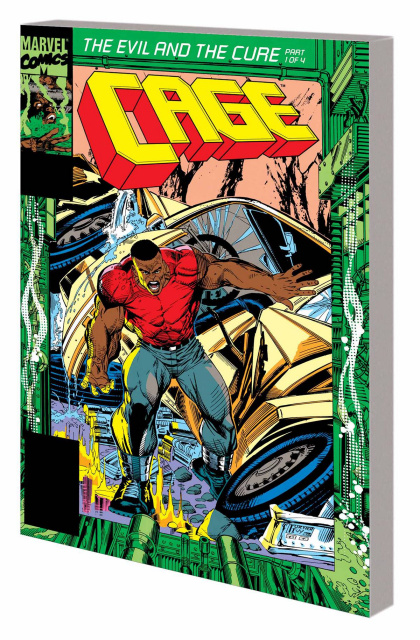 The Hero for Hire's solo career has been tough - and it ain't getting any easier! His new foe, Coldfire, is too close for comfort - and by the end of this battle, the ex-Power Man is gonna get burned! In competition with Silver Sable and Terror, Luke battles not for love, nor money, but for the mystical object known as Vatsayana's Tryst! When the Infinity Crusade strikes the Marvel Universe, the Crusader seizes his big moment to strike. Luke may be bulletproof, but how about swords? And the Bogeyman is coming - and when Luke falls under his spell, only the Thing and the Human Torch may be able to stop his rampage! It's the end of an era for Luke Cage! Collecting CAGE (1992) #13-20, TERROR INC. (1992) #11-12 and material from SILVER SABLE & THE WILD PACK #13-14.