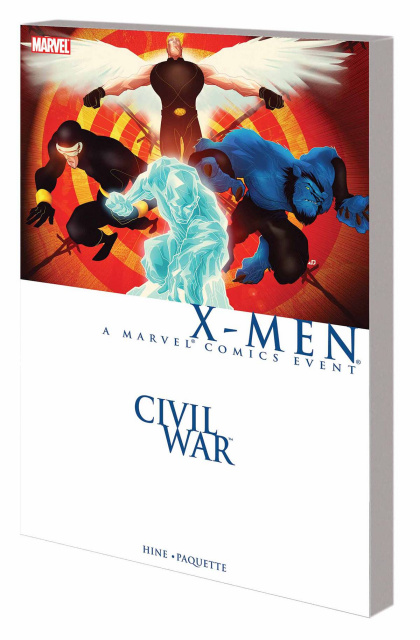 Enough is enough! The tension between the X-Men, the refugees of the 198 and the Office of National Emergency's Sentinel guard dogs has finally reached a breaking point. As the superhuman Civil War rips apart the Marvel Universe, the X-Men also find themselves crumbling from the inside out. Will they admit defeat, or will they finally start to fight back? As a very prominent member of the team breaks ranks to join the Pro-Registration movement, and a member of the 198 plots bloody vengeance from within, the original X-Men go rogue in a search for the truth. But the truth might just get them - and half of the world's very few remaining mutants - killed! Collecting CIVIL WAR: X-MEN #1-4, CABLE & DEADPOOL #30-32 and X-FACTOR (2006) #8-9.