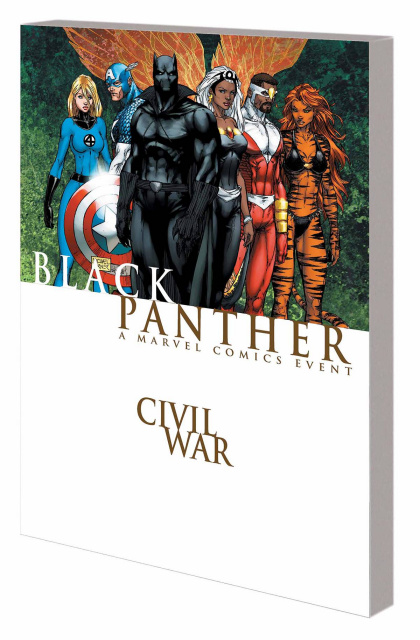 The royal couple, King T'Challa and Queen Ororo, embark on a diplomatic tour that will have them spanning the globe - and beyond! Stops include Latveria (Dr. Doom), the Moon (Black Bolt and the Inhumans), Atlantis (Namor the Sub-Mariner) and the Civil War-ravaged United States, for a meeting with none other than the point man for the U.S. government's implementation of the Super Human Registration Act: Tony Stark, T'Challa's former Avengers teammate! Will the Black Panther and Storm decide to get off the sidelines of the superhuman Civil War and get involved? Collecting BLACK PANTHER (2005) #19-25.