Guardians of the Galaxy and the X-Men: The Black Vortex

Star-Lord and Kitty Pryde have stolen the ancient Black Vortex, which offers cosmic power to anyone who peers within. Peter's father, the deposed emperor Mister Knife, wants it - and so does the son of Thanos. Could this dark mirror deliver unto Thane the Mad Titan's full legacy? To keep their prize safe from mounting threats, Peter and Kitty will need all their allies - including Captain Marvel, Nova and the time-torn original X-Men. But with the fate of the universe at stake, will the heroes succumb to temptation, embrace the Vortex's gifts - and be corrupted by absolute power? Collecting GUARDIANS OF THE GALAXY & X-MEN: THE BLACK VORTEX ALPHA #1 and OMEGA #1, GUARDIANS OF THE GALAXY (2013) #24-25, LEGENDARY STAR-LORD #9-11, ALL-NEW X-MEN (2012) #38-39, GUARDIANS TEAM-UP #3, NOVA (2013) #28, CYCLOPS (2014) #12 and CAPTAIN MARVEL (2014) #14. 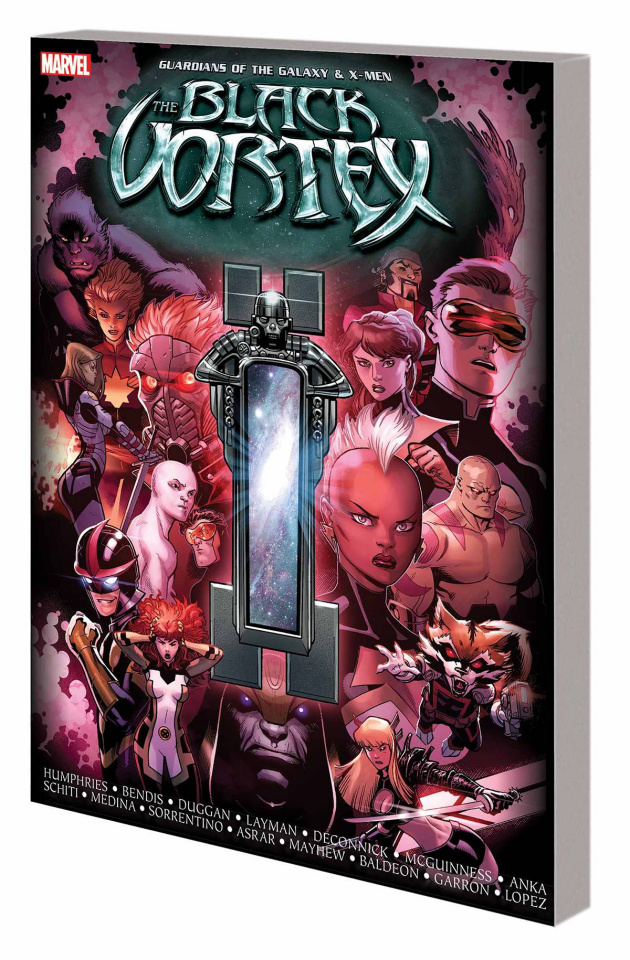