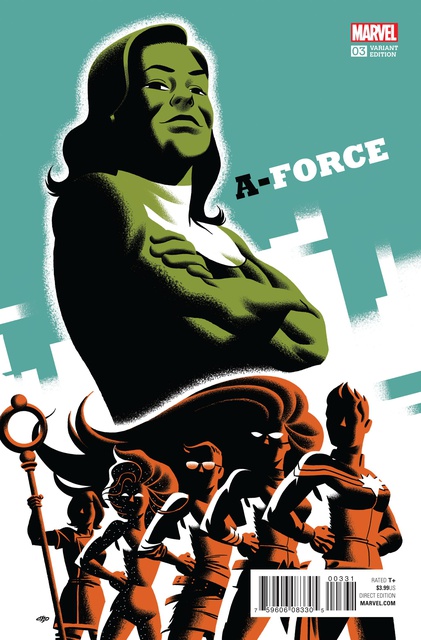 As Antimatter grows increasingly dangerous, SHE-HULK, CAPTAIN MARVEL, MEDUSA, DAZZLER and NICO MINORU must put aside their differences and learn to become a real team - the team Singularity knows they can be - before it's too late.

When a desperate battle in space with Antimatter goes awry it may be the death of one of them, just as this new team is beginning to find its way.

Meanwhile Tempest Bell's analysis of Antimatter may not bode well for the future of A-Force.