From the mind of comics legend Neal Adams! Jorge Maslow, the one-man army known as Blood, must rescue his friend from a criminal syndicate tied to the Knights Templar. With unfathomable power coursing through his veins, Blood wages an ancient war on the mean streets! Collects stories from Dark Horse Presents and features an incredible animated 3-D lenticular cover.

Not just 3-D, not just animated... Neal Adams has created the first animated 3-D cover in comics, using lenticular lenses. Blood spins and fires as his blood symbiont shoots from his body toward the reader.

Check out a preview of the Blood motion comic at NealAdams.com! 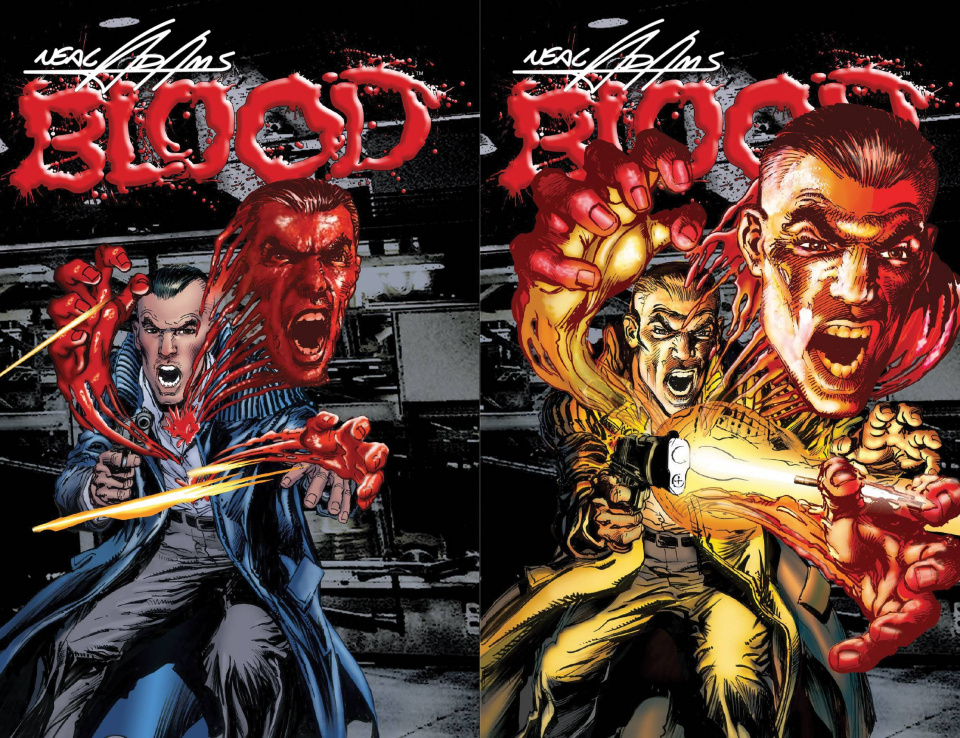