Peter Stanchek and his band of teenage runaways are harbingers of a new age, born with the power to change the world... or break it. Plagued by emerging psionic powers he hardly understands, Peter turns to Toyo Harada and his Harbinger Foundation, an organization dedicated to finding and teaching young people like Peter. But when Peter learns to what lengths Harada will go to further his secret agenda, he turns on his mentor, gathering a group of like-minded rebels. On the road and always just one step ahead of Harada and his hit-squad of super powered Eggbreakers, these renegade harbingers will have to learn how to use their powers to change the world for the better along the way. This deluxe hardcover collects the critically acclaimed masterpiece that kicked off a whole new age of superheroes from legendary creators Jim Shooter (Secret Wars) and David Lapham (Stray Bullets). Collecting Harbinger (1992) #0-7 in a deluxe hardcover format, complete with process art, sketches, and more rarely seen back-up material from the Valiant vault. 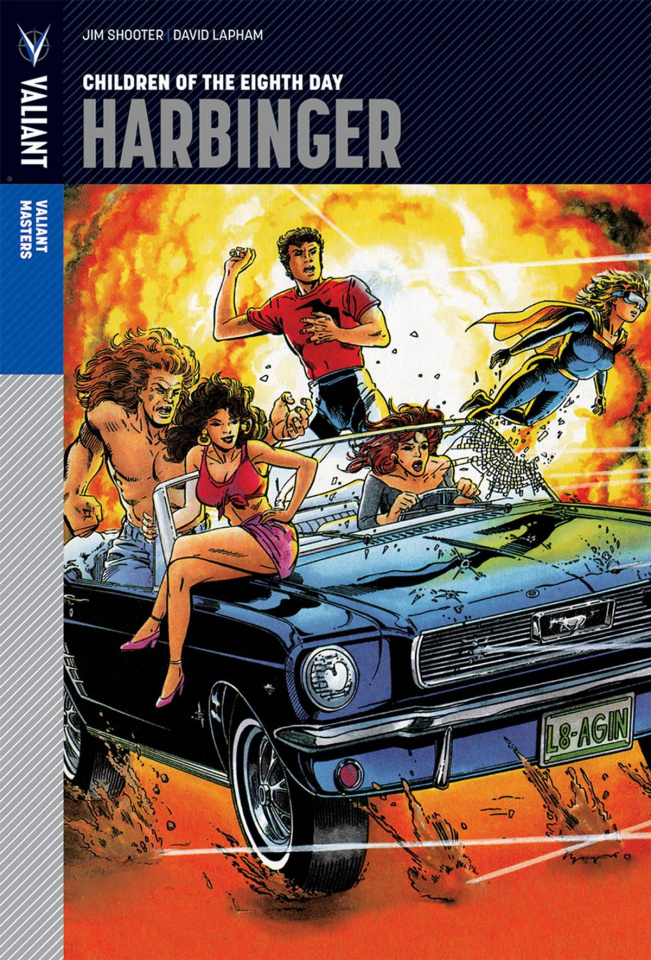