Quantum and Woody are the world's worst superhero team. Archer & Armstrong are a mismatched pair of conspiracy-busting adventurers. When a mysterious force collides these ill-suited and irresponsible "heroes" for a cross-country race through the darkest corners of American mythology, all hell is bound to break loose. Can two busted pairs become four of a kind in time to defeat the Hobo King, save the day, and make it back home in time for happy hour? Let's hope so...'cause these guys make a really, really bad team. (And you don't even want to know about the goat.) It's an all-new superhero joyride from fan-favorite writers James Asmus (Quantum and Woody) and Fred Van Lente (Archer & Armstrong) and heat-seeking artist Kano (Quantum and Woody, Immortal Iron Fist), colliding Quantum and Woody and Archer & Armstrong for the world's most disastrous team-up adventure! Collecting The Delinquents #1-4. 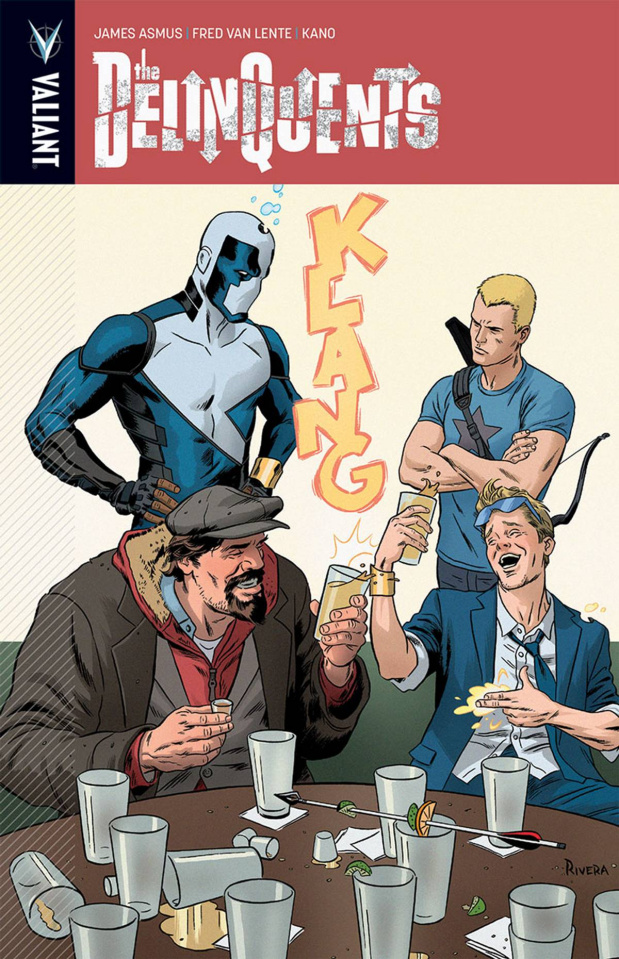