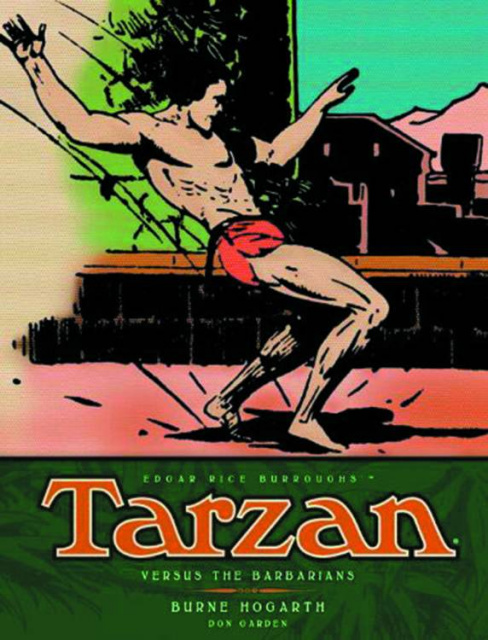 Tarzan Vol. 2: Versus the Barbarians

The world-famous comic strip, restored and collected for the first time in its entirety! The second of four exclusive volumes, authorized by the Edgar Rice Burroughs estate that collects the entire run of the legendary Tarzan comic strip by one of the most influential artists of the 20th-century, Burne Hogarth, reprints the final groups of strips written by Don Garden, who also collaborated with Hal Foster. The restorations are by the renowned comic strip restorer, Peter Maresca, who also worked on Titan's critically acclaimed Flash Gordon volumes. The volume contains an illustrated introduction by comics artist Thomas Yeates, who worked on Tarzan: The Beckoning and recalls his meetings with Burne Hogarth and the inspiration Hogarth gave him. Collects the stories "Tarzan and the Peoples of the Sea and the Fire," "Tarzan against Dagga Ramba," "Tarzan and the Fatal Fountain," and "Tarzan and the Barbarians," originally published between 1940 and 1943.