Traveling by secret railroad, Becky and Drake accompany an order of mysterious monks on a quest to bury General Hume's body on holy ground. But during a terrifying attack on the train, Drake vanishes without a trace. Alone, Becky sets out to find and rescue Drake - a journey that takes her to secluded mountain fortresses, decaying towns, and underground strongholds. Along the way, she discovers how deeply her fate... and Drake's own existence... is entwined with that of The Sixth Gun. This deluxe edition collects issues 12 through 23 of the smash hit series, The Sixth Gun, in a massive, new, oversized format jammed with extras and bonus features. 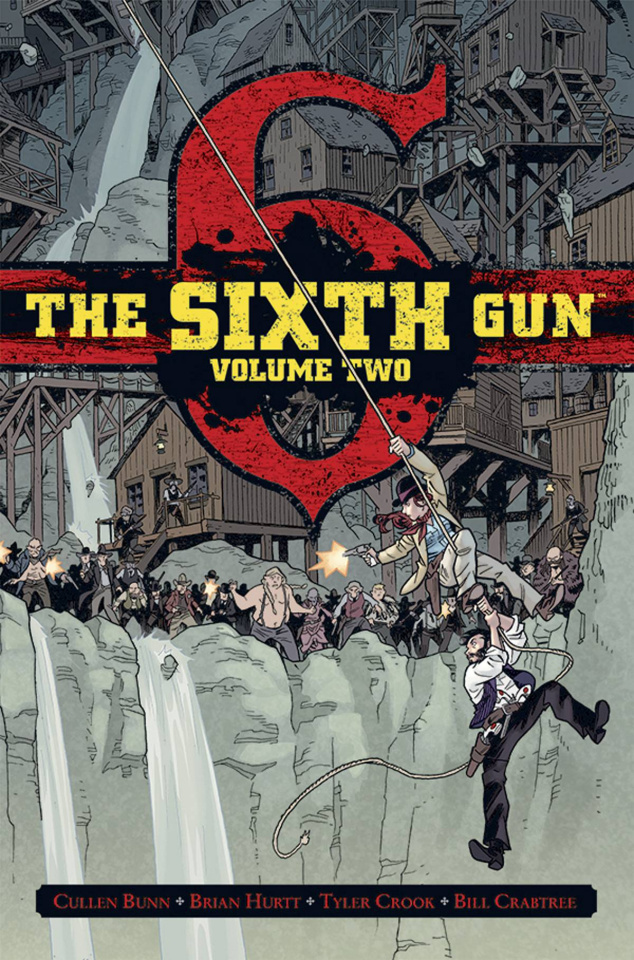