In "The Dragon Chariot", the third chapter in "The Accursed" story arc, fresh outbreak of the dreaded 'black rabies'-a plague that turns those who suffer from it into raving homicidal maniacs-sends Vampirella and The Kabal's top field agent, the werewolf Tristan to Athens, Greece, in search of the second Accursed involved in Dr. Faustus' plan to end the world. The evil alchemist's co-conspirator is none other than the legendary sorceress Medea, scorned wife of the hero Jason and granddaughter of the sun-god Helios, who was cursed with immortality by Zeus for murdering her own children. Can Vampirella and her new allies stop Medea before she spreads the contagion throughout the world and uncover the identity of the mysterious source of the cursed blood used to create the murder plague? 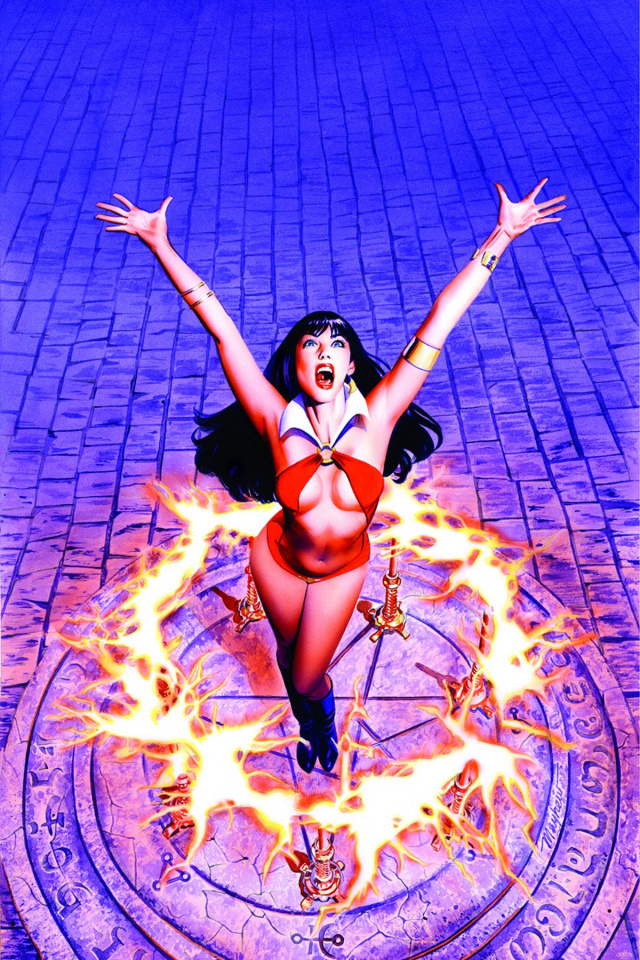