An exclusive Lucio Parrillo cover, only available to comic shop subscribers and limited to initial orders. In this issue, Red Sonja and her prize pupils, Lyla and Xoana, return to their school with the renegade priest Sefkh in tow. After the Stygian reveals that the half-human son of the serpent-god Set is marching forth to reclaim the world for his sire, Sonja realizes that the world is in peril. But before she can decide whether to come out of 'retirement' one last time, the school's compound is attacked by The Eaters of the Dead-a legion of flesh-eating undead created by Sutekh from those who have dared to defy him. Now Red Sonja, her longtime companion, Yusuf, and her young pupils must battle not only hell-beasts and ghouls, but the terrifying Son of Set himself in a bloody fight for not only their lives, but their souls as well. 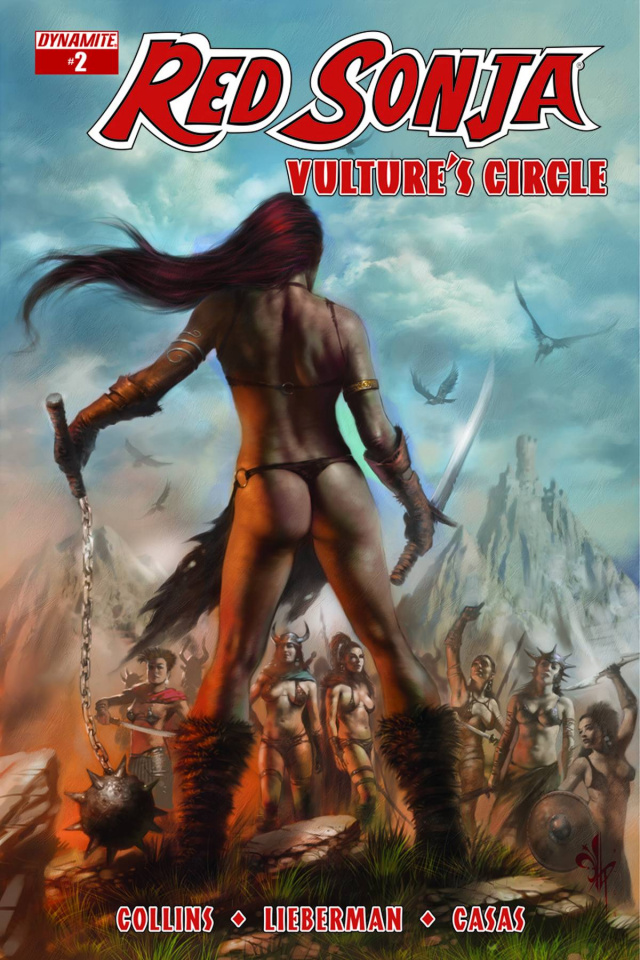