As Coulson's investigation takes him to Peru, Black Widow, Spider-Woman and Hawkeye go after Lady Bullseye and Artaud Derrida. The noose tightens as Maria Hill puts the pieces together, and the Secret Avengers find themselves hunted! What does S.H.I.E.L.D. want with the Fury? What is Tlon? M.O.D.O.K. explains it all - including his own amazing origin! And as Hawkeye and Deadpool team up, secrets come to light - and they might cost Black Widow her life! The true mastermind of the decay at the center of the Secret Avengers initiative is revealed, and the clues trace back to the start of it all! Hawkeye and Coulson face off, Vladimir makes a deal with the Fury, and the Helicarrier comes under attack! But with Maria Hill gone, what happens to the rest of the team? Collecting SECRET AVENGERS (2014) #6-10. 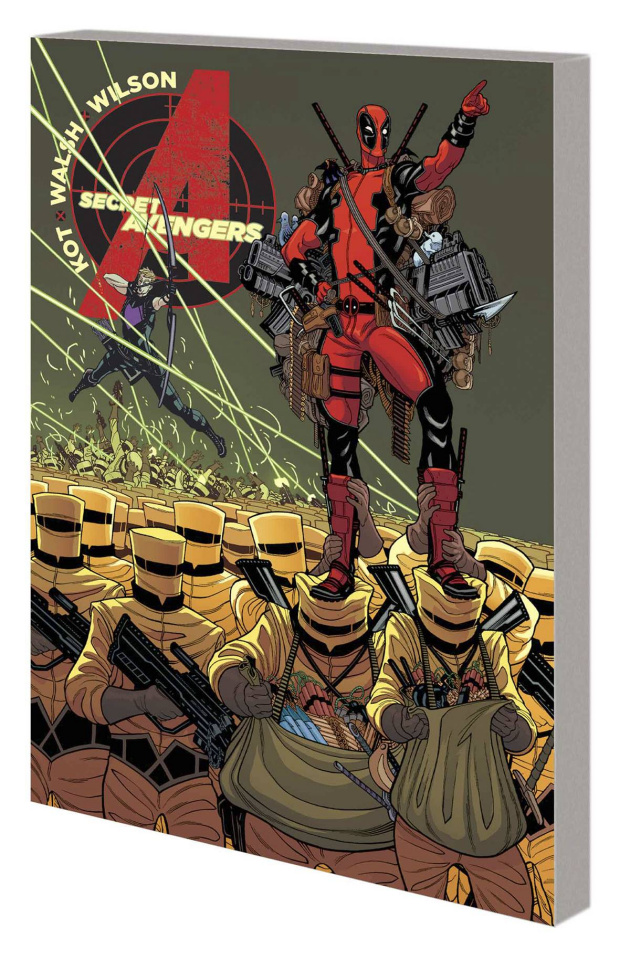