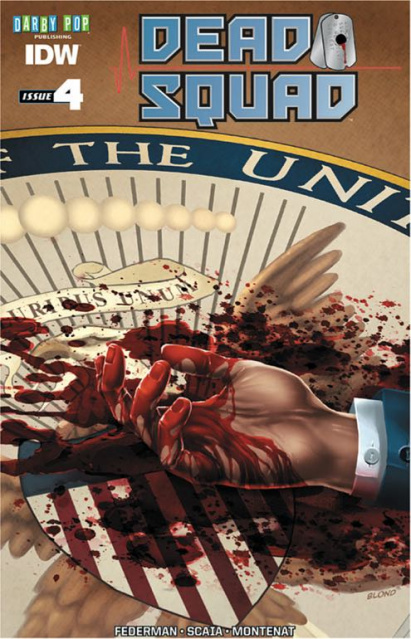 Creators/Writers Matthew Federman & Stephen Scaia (Jericho, Warehouse 13, Human Target) drive Dead Squad #4 down a solemn and surprising road. The Dead Squad's former commanding officer, Colonel Fischer, turned traitor and snuffed the lives of his own men to cover his tracks. Now a temporarily reanimated Blake, Hooper, and Shane have Fisher in their custody. Will the Dead Squad recover the cutting-edge biotics that might extend their stays of execution? Or will they be thwarted by the final twist in Fisher's campaign?