An expert gamer is forced to play a real-life version of his favorite game in a battle to the death! Unwilling to play by the rules of the twisted minds behind the live-action version of BTOOOM! in which he finds himself enmeshed, Ryouta Sakamoto vows, with his comrades, Himiko and Kiyoshi Taira, to find a way off of the deserted island that doesn't involve murder. But when giant carnivorous lizards and stab-happy ex-soldiers count among the residents of this island hell, Sakamoto finds that getting a little blood on his hands is inevitable! 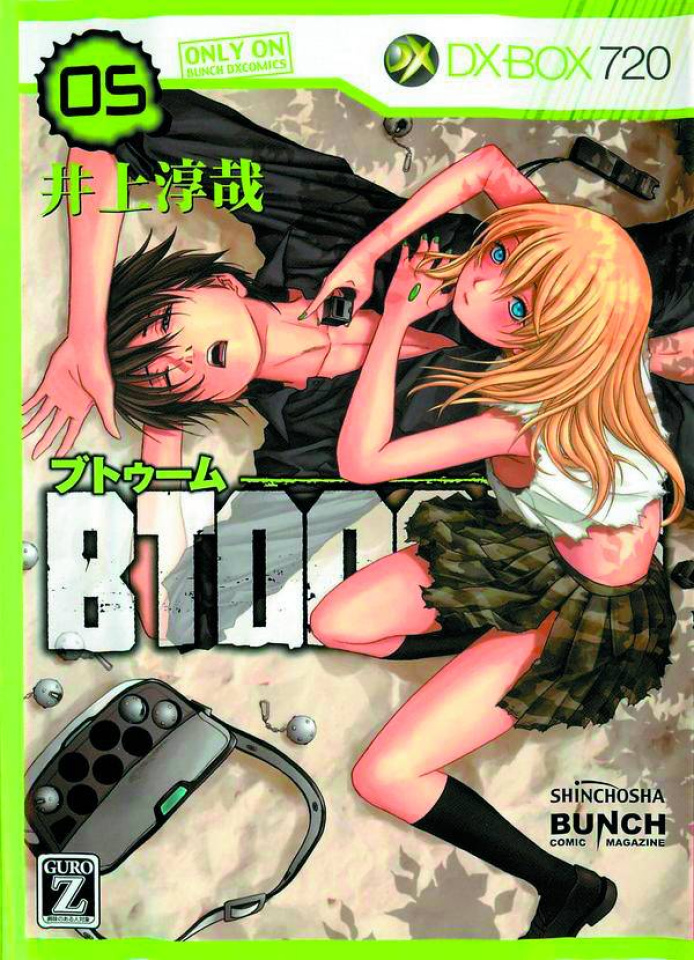