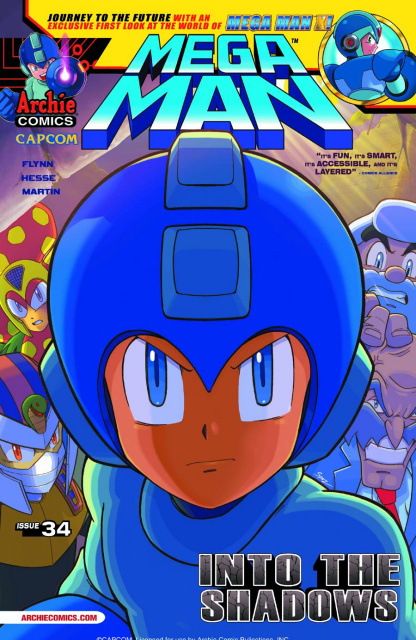 This is it! The issue every Mega-fan has been demanding! The debut of Mega Man X! But first, in "Shadow of the Moon" Part One: Mega Man joins a research team seeking the truth behind Dr. Wily and Ra Moon. But how far will they get when Shadow Man goes on the attack? Then, in "The X Factor" Part One: jump 100 years into the future as Dr. Cain discovers Dr. Light's final, greatest creation - Mega Man X! Featuring pencils by the returning Mega Man art legend Patrick "Spaz" Spaziante! The road to the next big mega-crossover starts here, featuring an exclusive Mega Man X variant cover by superstar artist Ben Bates!