What will the Superior Spider-Man do when he encounters the Marvel Universe's greatest heroes? Challenge them, of course! And first up are the Avengers! Then, the Scarlet Spider returns to New York to check on Peter's "superior" behavior, not realizing Doc Ock has taken over Peter's life. But Ock sure knows who Kaine is: the man who once killed him! But when their reunion is interrupted by an army of mutant spider-clones, can Spider-Man and Kaine put aside their differences to deal with the Jackal? Plus: Thanos' forces set their sights on Earth, but the Superior Spider-Man's attention is divided when the lightning-powered Fulmina attempts to return Manhattan to the Dark Ages! Can Luke Cage's Mighty Avengers help Spider-Man turn back an invasion and restore the city? Collecting SUPERIOR SPIDER-MAN TEAM-UP #1-4 and SCARLET SPIDER (2012) #20. 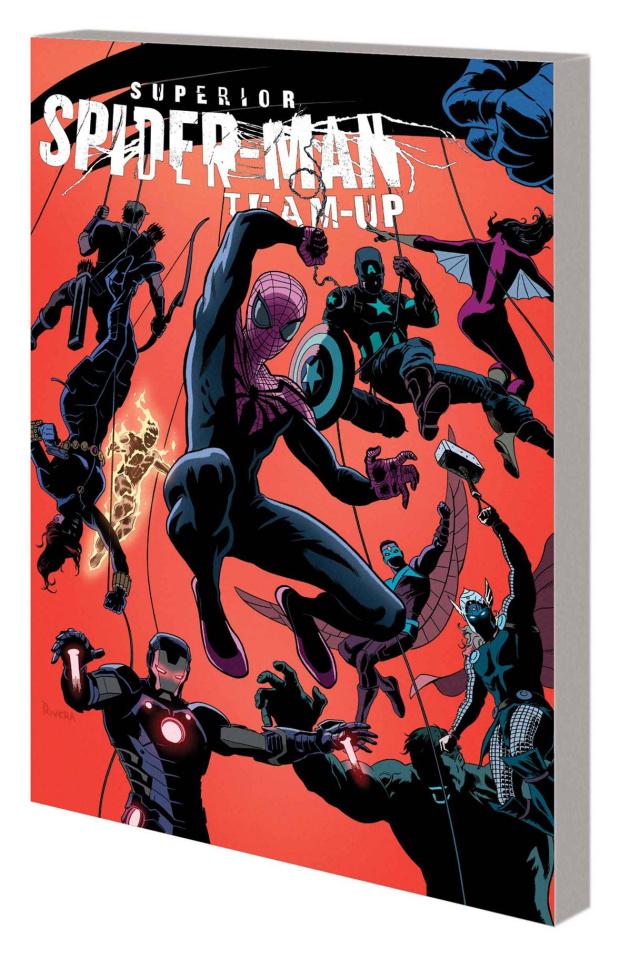