Earth's Mightiest Heroes, the Avengers, explode onto the scene with an all-new all-ages series based on the hit animated series now airing on Disney XD!

To save his own life, the Red Skull must transfer his mind into the body of his greatest foe: Captain America!

When the Red Skull captures Iron Man's armor, the Avengers' deadliest enemy now wields the strongest weapon on Earth! How can the Avengers beat the Iron Skull?

It's up to Falcon to save the day when a mysterious foe turns the Avengers into evil ghosts!

When Dr. Doom uses Asgardian magic to summon a Midgard Serpent, what will Thor sacrifice to stop him?

The Avengers assemble to take down a rampaging beast in the heart of New York City! Collecting MARVEL UNIVERSE AVENGERS ASSEMBLE #1-4 and material from FREE COMIC BOOK DAY 2013 (AVENGERS/HULK). 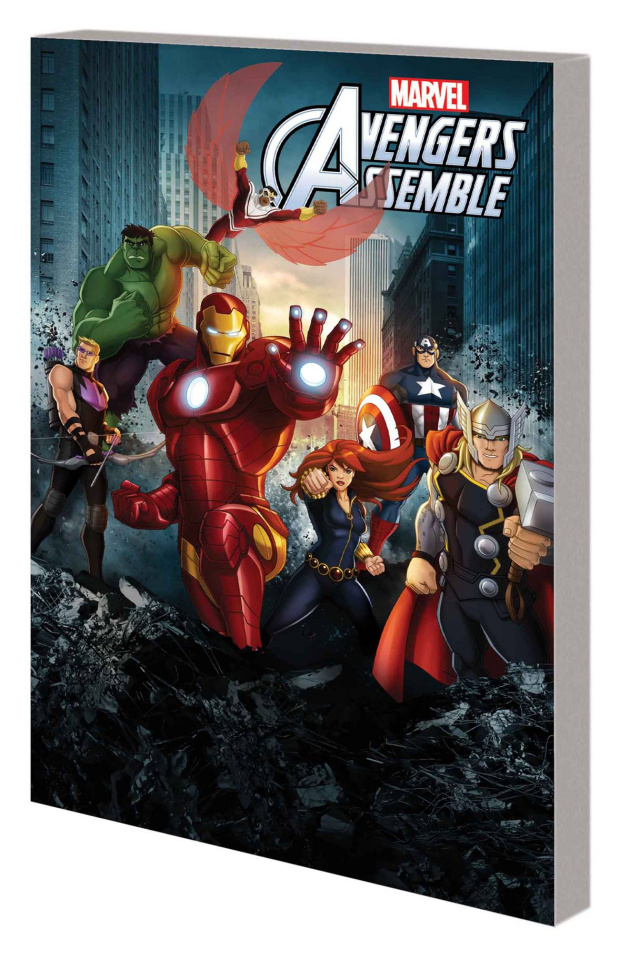