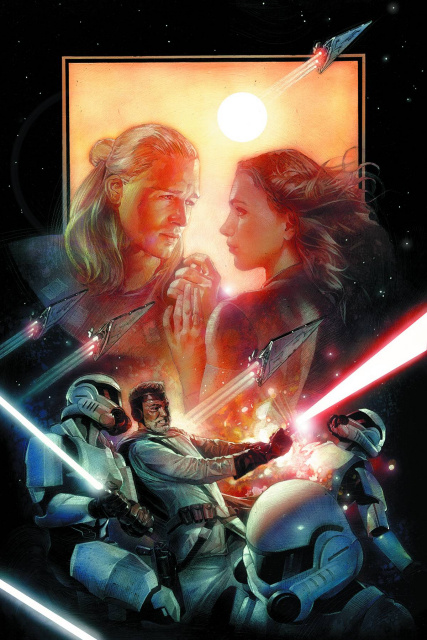 Remember the scene in Star Wars where the Sith Knight traps General Luke Skywalker, Princess Leia, Annikin Starkiller, and the alien Han Solo-and they have to fight their way free and steal an Imperial starship? No? That's because this is The Star Wars-based on George Lucas's original rough-draft screenplay! Experience a Star Wars that never was! o Official eight-issue adaptation of George Lucas's original rough-draft screenplay for Star Wars!

"Fans of the real Star Wars won't dare miss it, and rightly so; it's also worth checking out for anybody who likes a good space opera." -Comic Book Resources

"The Star Wars' is a pretty fun sci-fi comic. If I had no prior knowledge about how the story actually turned out, I think I'd just as interested and invested in how this story ends as I am now." -ScienceFiction.com