The Grimm Fairy Tales spinoff series that reinvents the classic tale of action, fantasy and adventure has arrived in trade paperback format! In the land of Myst, a tryant rules the city of Bree with an iron fist, leaving its citizens living in fear and terror. But all hope is not lost as a young, tough orphan girl from another world discovers her destiny and becomes the legend she was meant to be. The creators of Grimm Fairy Tales, Wonderland, and Neverland bring you the next great hero of the Grimm Universe! 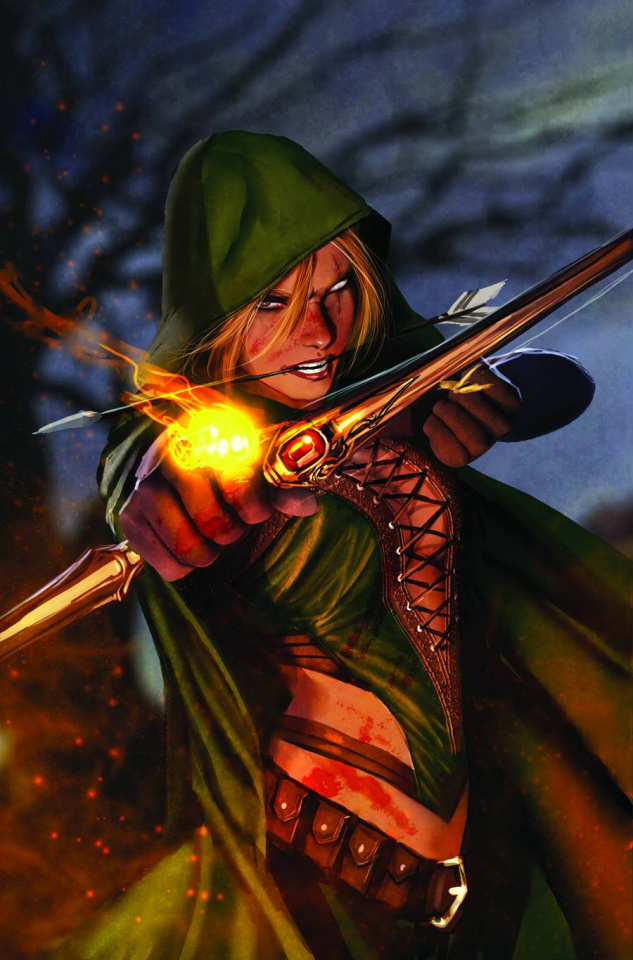