Baba Yaga and her fellow villains have gathered together the long lost pieces of the Sunstone of Ra with plans of unleashing an ancient and powerful highborn, Helios, against their enemies and the rest of the world. The guardian's of the nexus, Samantha, Sela and their fellow falsebloods in training must join forces against a highborn that not even their combined powers may be a match for. This is the battle that every Zenescope fan has been waiting for. Samantha versus Cindy. Beast versus Erica. Brittany versus Morrigan. Sela versus Venus. The Dark One versus Baba Yaga. Helios versus EVERYONE! With an ending that you have to see to believe! Featuring the long awaited return of one of the most popular characters from the Grimm Universe. This trade paperback culminates over two years worth of stories that have all lead to this moment. The evolution of the Grimm Universe is here and nothing will be the same. The Gathering and the Summoning are collected here for the first time in the final story arc of the best selling Myths and Legends series. Don't miss out! Collects GFT Myths and Legends issues #16, 17, and #22 thru #25. 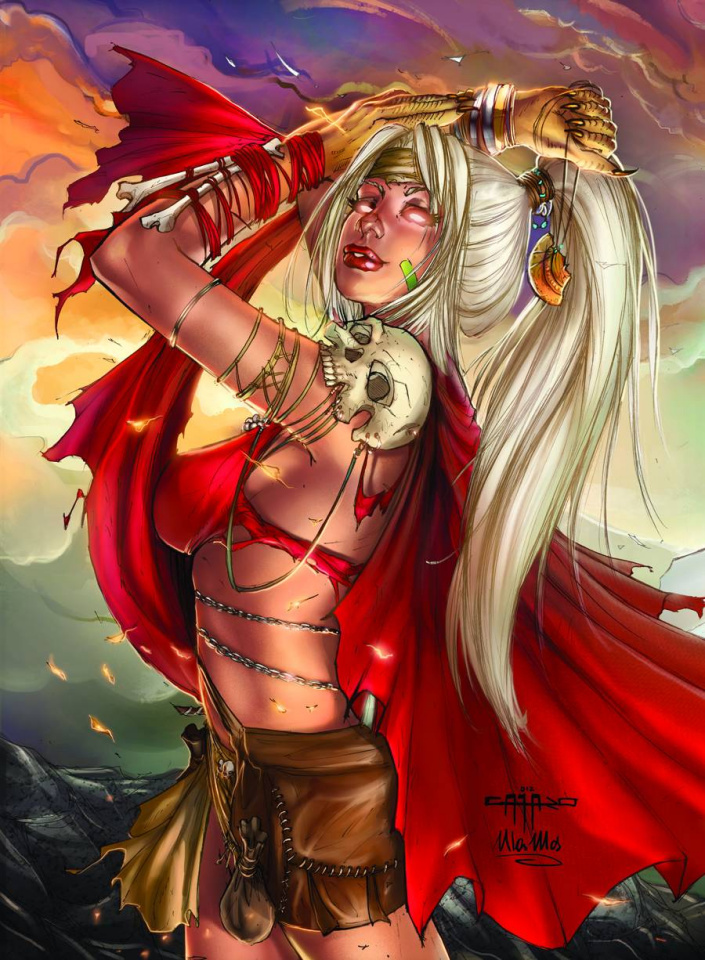