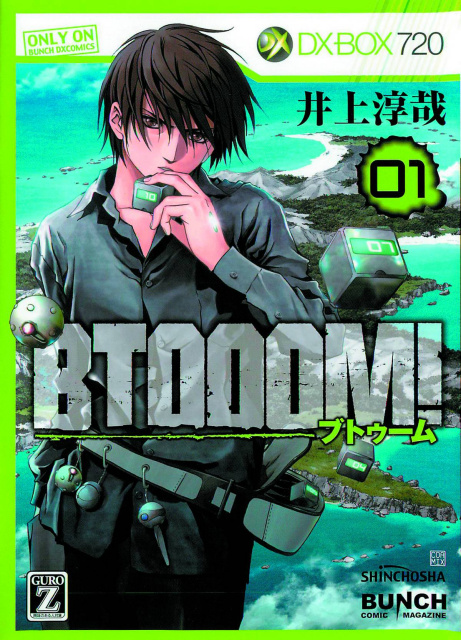 An expert gamer is forced to play a real-life version of his favorite game in a battle to the death! Ryota Sakamoto is one of the top-ranked players of BTOOOM!, an online battle game. But no amount of simulated warfare could have prepared him for what is to come! Ryota wakes one evening to find himself dangling from a tree by a parachute with no recollection of how he got there. Before he can orient himself to his unfamiliar surroundings, he is attacked. As a barrage of explosives rains down on him, he realizes that he too has a pack of bombs - just like the ones in BTOOOM! He may have mastered the online game, but can he come out on top in this game of survival?