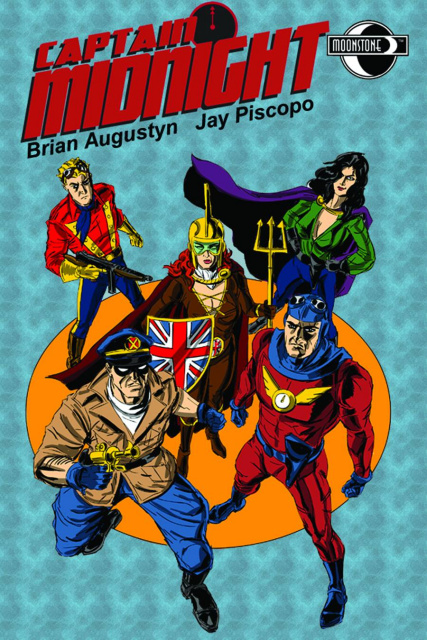 When Nazi super-science launches a monster death-device against London, it's up to Captain Midnight and Commander X to stop the uber-destroyer! But even with back-up from Britannia, Valkyrie, Airboy, and the Air Fighters, can the heroes save the day against such overwhelming and unstoppable power? Pin up by Tony Salmons.