A lighthearted view of H. P. Lovecraft's Cthulhu Mythos, The Unspeakable Vault (of Doom) is based on the webcomic of the same name by Francois Launet, which chronicles the "daily" lives of the Great Old Ones, including Cthulhu, Nyarlathotep, and Yog-Sothoth, among others. This funny collection of gag comic strips is a parody of the horror genre that further investigates in humorous detail the monster characters originally created by Lovecraft. Although created to invoke laughter instead of the usual terror found in Lovecraft's work, the book explores dark and mature themes such as death, religion, and the occult, albeit in a light and fanciful manner. 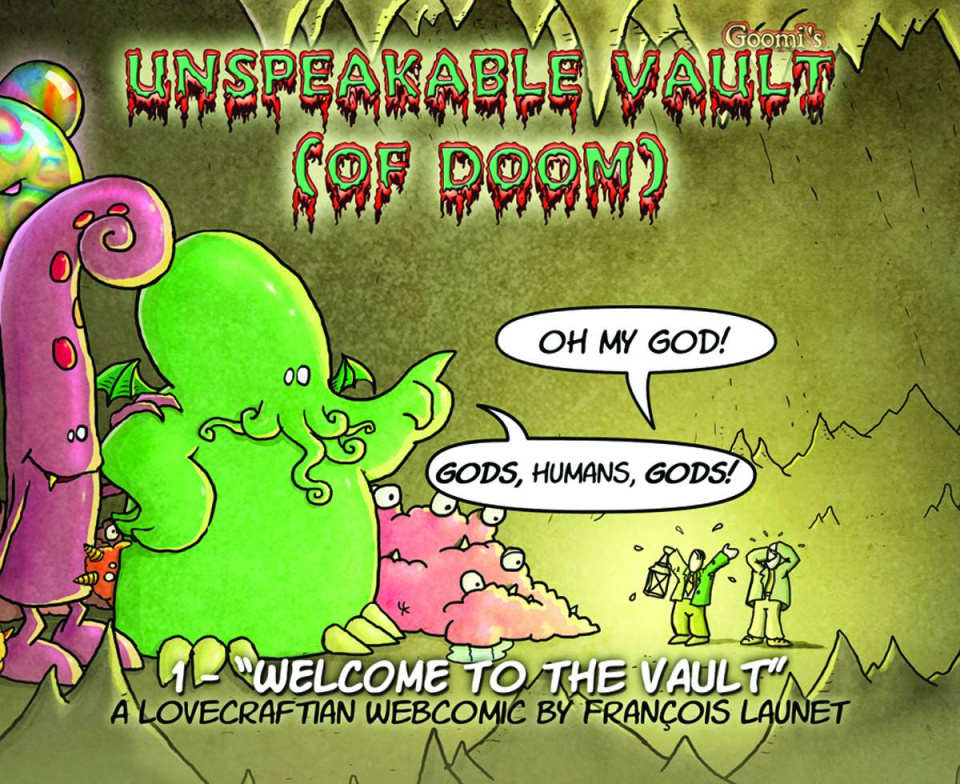