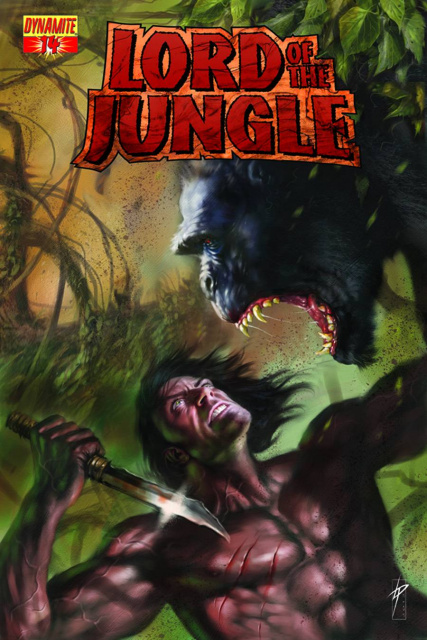 This is it! The final showdown between everyone's favorite ape-man and his arch-nemesis, Russian super-spy Nicholas Rokoff. For their arena, the two men have the ruins of Opar, the lost city of gold in the heart of Africa. Rokoff takes the upper hand by enslaving the primitive denizens of Opar, but it's going to take a lot more than an army of depraved man-beasts to stop our hero from rescuing his true love, Jane. There's only one problem: does Jane love the ape-man back? Action, adventure, romance, lost wonders of the ancient world... Lord of the Jungle #14 is the thrilling conclusion to the Return of the Jungle Lord story arc. It's pulp fiction in all its unsubtle glory!