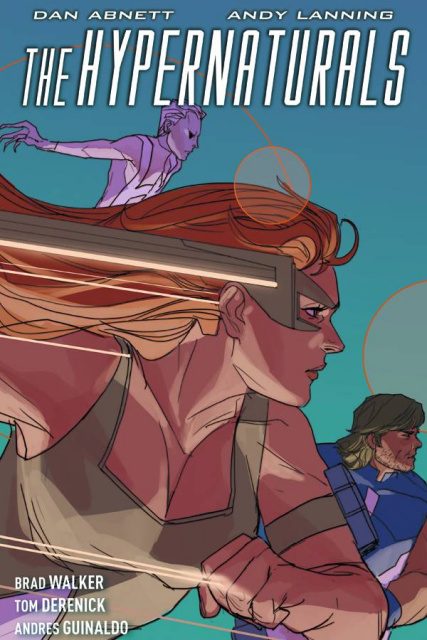 THE UNIVERSE IS UNDER ATTACK!

It is the far future; the human race has finally colonized the galaxy, preserving an era of prosperity that's only possible because of The Hypernaturals. They're a celebrated, galaxy-wide superhero task force that keeps the peace. That is, until they all mysteriously vanish. Now, as the galaxy teeters on the brink of chaos, it's up to a group of retired and long forgotten Hypernaturals -- and their novice recruits -- to save the galaxy from complete destruction. Collecting the Free Comic Book Day edition and issues 1-3 of the critically acclaimed series, THE HYPERNATURALS VOLUME 1 has Dan Abnett and Andy Lanning, the superstar writing duo behind ANNIHILATION and THE LEGION, reuniting with GUARDIANS OF THE GALAXY artist Brad Walker, along with Tom Derenick (JUSTICE LEAGUE OF AMERICA) and Andres Guinaldo (GOTHAM CITY SIRENS) to kick off their original series that takes cosmic super-heroes to an all-new frontier!