Planet of the Apes Special #1

Daryl Gregory returns to the PLANET OF THE APES in this epic over-sized issue, featuring fan-favorite artist Diego Barreto (IRREDEEMABLE)! Featuring 32 pages of new story and art! When the Lawgiver, the revered ape leader, was assassinated by a human, Ape City fell into a vicious civil war. Ten years have passed since the horrific violence fell on Ape City and a fragile peace is finding footing. Voice Alaya, once the revered leader of the ape ruling class, has been deposed and awaits sentencing in Ape City's prison; meanwhile Sully, the exiled leader of the human resistance has begun to rally forces, both human and ape. Little do they know they're both on a collision course towards an even greater danger neither can even begin to imagine... Called "The best PLANET OF THE APES comic ever. And one of my favorite comics of the year, period." by Jason Aaron (SCALPED, WOLVERINE AND THE X-MEN), Daryl Gregory's epic continues! 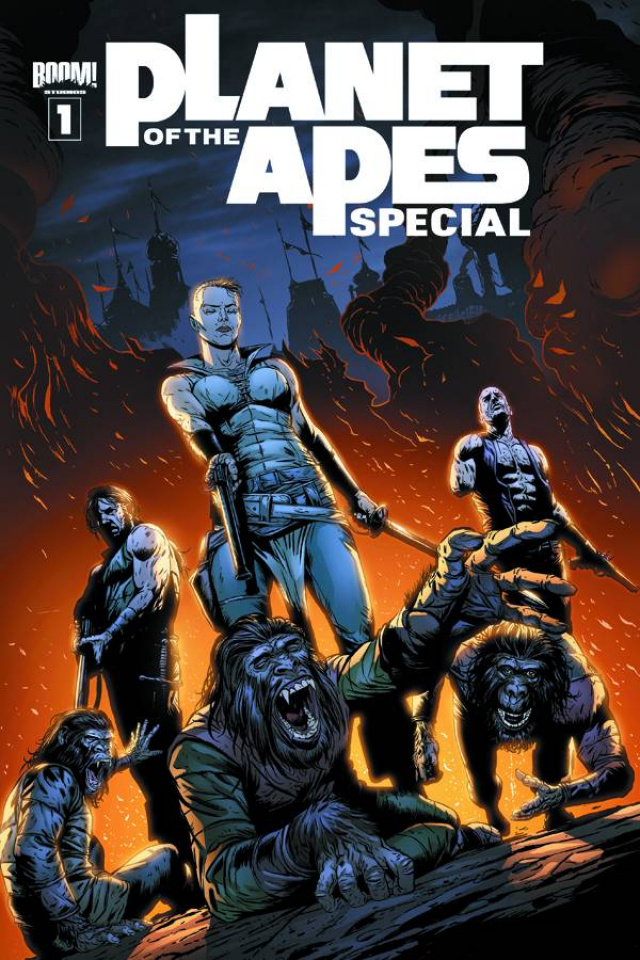